Our mission is to help you eliminate the stress and confusion of dealing with immigration and incorporation procedures so that you can stay reassured and concentrate on what you should be focusing on, making your business and life a success in Japan.

It's exciting to live and experience different cultures in other countries, but in Japan it can sometimes be quite complicated and stressful because of the language and administrative procedures that are often extremely complicated.

We know how it feels like, trust us... as we have been through all that ourselves having lived in many different countries. This experience motivated us to provide the kind of services that would make the life of foreigners in Japan easier and allow them to do what they really want to do.

Our office is a small, friendly structure that assures you attentive, efficient, flexible and professional services to find the most suitable solution for you. We offer tailored personal and business solutions to help you and your business grow and be successful here in Japan. 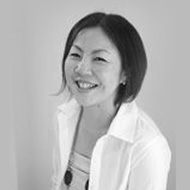 Yoko was born in Sapporo, Japan in 1974. Hokkaido where she grew up admiring beautiful scenery and landscape remains to be the place she loves the most and where she feels most at home.

Her first adventure overseas started when she spent one year in Melbourne, Australia as a Rotary Exchange Student at the age of 17.

She then graduated from Sophia University in Tokyo, after spending one year in Aix-en-Provence, France, studying the Immigration issues and how people from different cultural backgrounds can integrate into the country of immigration.

After her university studies, she first worked for a Japanese fashion designer preparing for fashion shows and sales at Paris Collection Weeks, then at a Japanese trading company importing French wines and foods.

Itching for another adventure overseas, she got a job at the Permanent Mission of Japan to the International Organizations in Geneva, where she grew her interest for the legal professions.

After returning to Tokyo, she worked for the Trade Commission at the French Embassy in Japan, where she was in charge of the personalized partner research, market research and consultation for more than 100 French and Japanese companies in cosmetic, sports and leisure industries per year.

After she successfully passed the examination and became qualified as a Gyosei Shoshi Lawyer in 2004, Yoko decided to run her own legal practice to help foreigners with visa application and company registration in Japan while making the most of her extensive experience in international fields and language skills.

She thoroughly enjoys her work which allows her to meet many different people and to help them achieve what they truly want to do in their lives.

He is a native speaker of English and Japanese.

After returning to Japan he continued his studies and graduated from Keio University with a Bachelor’s in Law, completed the Juris Doctor program at Sophia University Law School and built up extensive experience as a translator for contracts and other legal documents before becoming an Immigration Lawyer.

He was initially drawn to practice as an Immigration Lawyer after realizing that it was a privileged position allowing him to meet and support various clients who were starting a new chapter in their lives.

Since the establishment of his own visa office in early 2011, he has assisted countless numbers of foreign individuals and international businesses with visa and business registration related procedures, and has been lucky enough to have had the support of several colleagues who still support the Group to this day.

In June of 2015, Hiroto joined Yoko to become partners of a joint office and business group, the June Advisors Group. 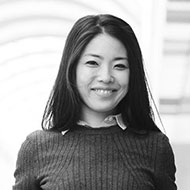 Born in Tokyo and grew up in California.

Native speaker of English and Japanese and currently trying to learn Spanish.

Yuki has 6 years of experience in one of the top advertising companies in Japan, where she worked as a producer, she also worked as a commercial manager in the Japanese apparel industry and was lucky enough to work all over the world with a top Japanese fashion label.

She joined the legal profession in July 2014 and since has been assisting many foreign companies and individuals.

Yuki enjoys learning and interacting with different cultures and clients from all over the world while at the same time they remind her of the good aspects of Japan.

She is interested in developing new business areas especially in the trading business and is currently researching importing wine and clothing from the Latin American countries.

She has a passion for dancing and travelling.

He registered as a qualified Gyosei Shoshi Lawyer in 2014.

As Japan is becoming more and more international, Wataru is excited to ber able to help companies and individuals experience Japan.

Wataru is happy to help the increasing number of people who struggle with visa issues.

Maiko is originally from Nagoya and attended Nagoya International School. She then studied at Becker College in Massachusetts and Franklin Pierece College in New Hampshire.

She has an interesting experience of working in a brewery in Japan, then built most of her career as an administrative assistant in a leading international pharmaceutical company.

Although in a different field, the accuracy, attention to details and management skills are the common required traits, through which she supports the office members and the clients.

Yui was born and grew up in Toyama prefecture.

She graduated from Rikkyo University Department of Law and studied abroad at the University of Maryland, College Park in USA as an exchange student.

After working for a few years, she studied abroad at Queens College, City University of New York to obtain ABA approved Paralegal Certificate.

She passed Gyosei Shoshi exam in 2020 although she is not registered.

Before joining June Advisors Group, she worked for approx. 8 years as a legal secretary/paralegal for a few law firms which handle a variety of cases (civil law/family law/criminal law) for foreign individual clients and assisted a wide range of cases.

As a member of Immigration Lawyer’s Office, she would be happy to support all clients by making use of her administrative processing skills cultivated through her work experiences along with her cheerful personality.

What is a Gyosei Shoshi Lawyer ?

In addition to attorneys (bengoshi), there are different legal specialists in Japan who are qualified by the Government. Each of them have their own specific specialization, and the Gyosei Shoshi Lawyers cover rather large fields from administrative procedures to everything concerning the rights and obligations.

That is why each Gyosei Shoshi Laywer has specialized fields that could be completely different from someone else of the same profession.

Among the legal specialists, Gyosei Shoshi Lawyers are the only ones who are authorized by Immigration to proceed visa and status of resident's application on behalf of their clients, until the same title was granted to attorneys (bengoshi) in 2004.